High Tech Music. Where did it go wrong?

Electronic music. Where did it all go wrong?

Then, over time, two things happened:

I believe these two facts are related and this series of articles describes what I think should be done to make electronic music exciting again.

First, I think, we must go back to absolute basics and ask “What should an electronic musical instrument actually do?”.

I grew up listening to the music of this guy.

And the likes of these guys. 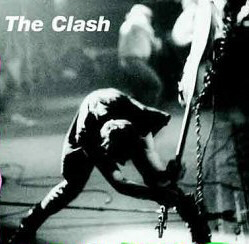 There is more to music than just the bit that reaches your ears. If you went to a piano concert – a little Beethoven, a little Mozart, perhaps a little Chopin – you would feel let down if the pianist sat down in front of an electronic piano rather than a big wooden box with “Steinway” written on the front. Even if, with your eyes closed, the sound was indistinguishable.

In the popular music world, for serious music at any rate, the guitar is still king! The guitarist is the guy standing at the front waving his arms and instrument about. Meanwhile, the keyboard player is just someone standing at the back – out of the way – behind a big box.

Even in dance music, the DJs became more famous and celebrated than the people actually making the music. This is because, if you go to a club you see the DJ not the guy who actually made the record. The DJ is the point of contact with the audience – they’re the ones doing something live.

I believe that for an electronic musical instrument to be exciting, should take center stage. I want people to go and see a band especially because they have a brilliant synthesizer player. In the following articles I shall detail how I believe this should come about.

One Response so far.