Ever since I can remember I’ve been addicted to computer games – ever since I’ve had a computer anyway.

Not the latest “Build yourself an on line Empire” style game but simple puzzles and card games.

Everybody with an MS Windows computer has played solitaire – as the old joke goes, it’s the only thing that runs totally reliably on Windows. Although, I’m not sure there are many people that have played quite as much as I have.

Another game that comes free with Windows is free-cell. Here, there is a little more skill involved than with solitaire and the games are also numbered. That means you can work through them in order – I am currently up to number 9772.

Another favourite of mine is “Bubble Breaker”. I had an early Windows CE based smart phone. It was really dreadful but it came with Bubble Breaker on it which, again, was about the only thing on it that worked reliably.

Of course, being a software engineer, I am not content with simply using my own brain to solve puzzles. I like to try and write some software to solve them on a computer. 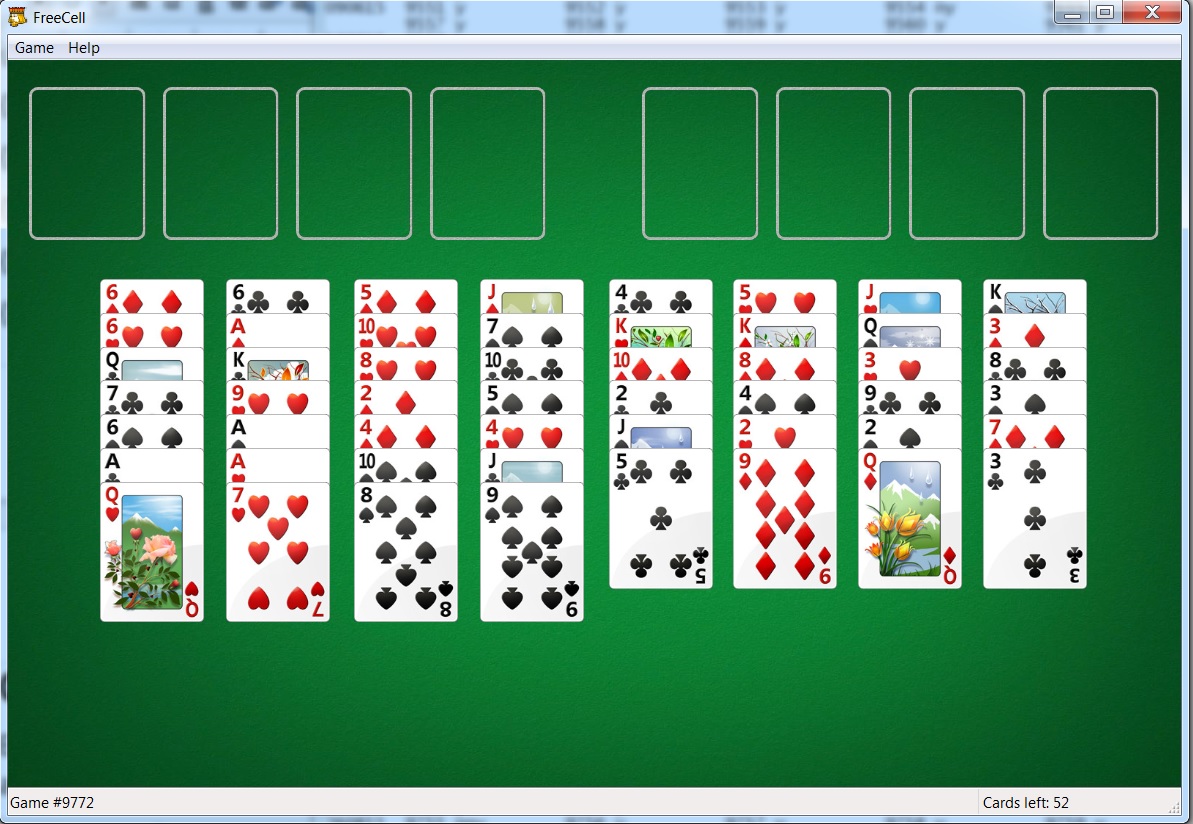 The original Free-cell, I believe up to Windows 98, had 32000 numbered games. This was not an impossible number of games for humans to solve – at least for a team of people and this has in fact been done The Internet FreeCell Project.

Later versions of Windows allowed you up to one million games. Clearly organising a team of people to do this would be impractical.

This spurred me into action and after leaving my computer running all night for many nights I had solutions for all of the one million games that are possible. And a list of the games that weren’t possible.

My original program was crude and the solutions clunky so I don’t intend to publish any of it. However, solutions to all the first on million can be found at freecellgamesolutions.com 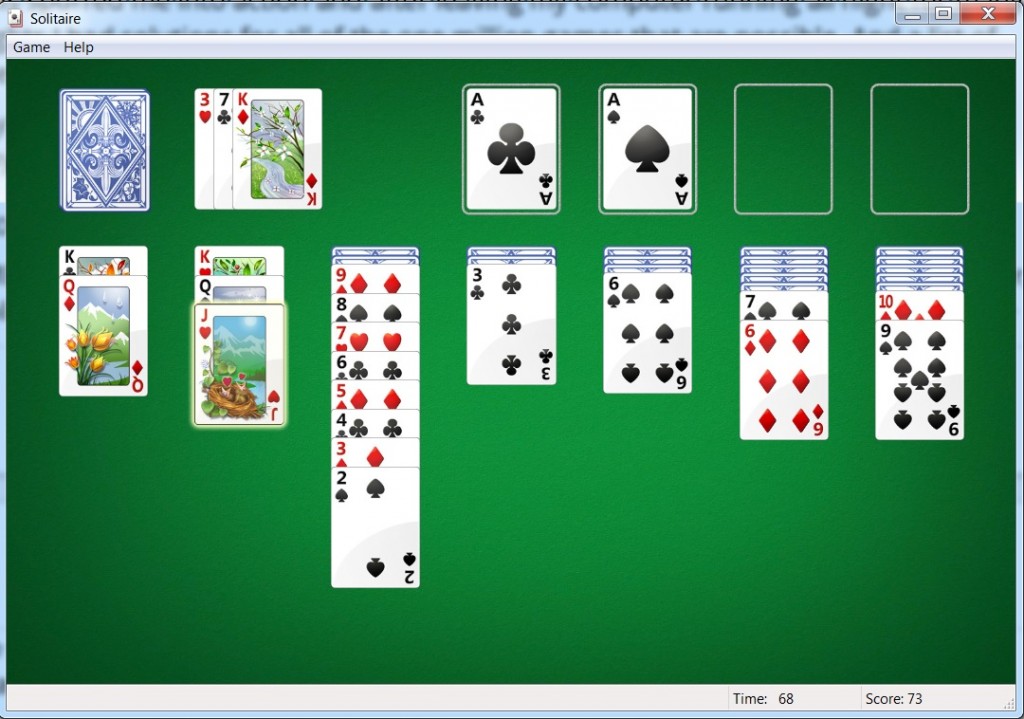 I have not, as yet, written any software to find solutions to Solitaire. However, Solitaire is actually a very similar game to Free-cell and I am working on common platform where the difference between the two games is simply a matter of settings.

In solitaire (and free-cell) the aim of the game is simply to find a solution. To start out with, we don’t even know if there is a solution. We may also, if we’ve got time, try and find an optimal solution – for instance taking the fewest moves. This is especially true if, as in solitaire, there are points at stake.

In case you haven’t played Bubble Breaker why not download my own take on the game – The Bubble Breaker Challenge and try it out. Here, the program challenges

you to come up with the best solution – the one with the highest score. The Challenger nearly always beats me.

Solving bubble breaker is slightly different situation from solving free-cell and solitaire. Here, every game has a solution, that is, you always get to the end of the game. What we’re actually trying to find is the best solution for the game – the one that gives the highest score.

In the next article in this series I shall begin to look at how the Bubble Breaker Challenge works.

OK, so you might dismiss this post as the ramblings of a sad geek. However, the techniques involved in solving these puzzles can be applied to real world problems.

The guy in the picture at the top looks like he’s cracked it and I shall, eventually, return to this problem…