Is there anything more frustrating than putting your phone on to charge only to discover next morning that it has hardly charged up at all. Usually this happens when you know you’re definitely going to need you phone that day.

You’re sure that the charger was working before so what’s the problem with it now. In our house it got the point where we were down to one charger that we trusted – for two phones and a tablet.

This prompted me to design the Tripplikit USB Charger Tester (more of which later) to try and find out what was going on.

So What’s The Problem

We like (or we’ve been told we like) our smart phones and tablets super slim. This means a super slim connector – hence the micro USB. Personally I think they’re too fragile and too fiddly for a connector that’s being plugged and un-pluged continuously. And, if the USB connector in your phone fails, that’s likely to be the end of the phone.

Charging is about current, so how much current do we need? Well, using a power supply, I measured the current drawn by my 10” screen Nexus tablet. 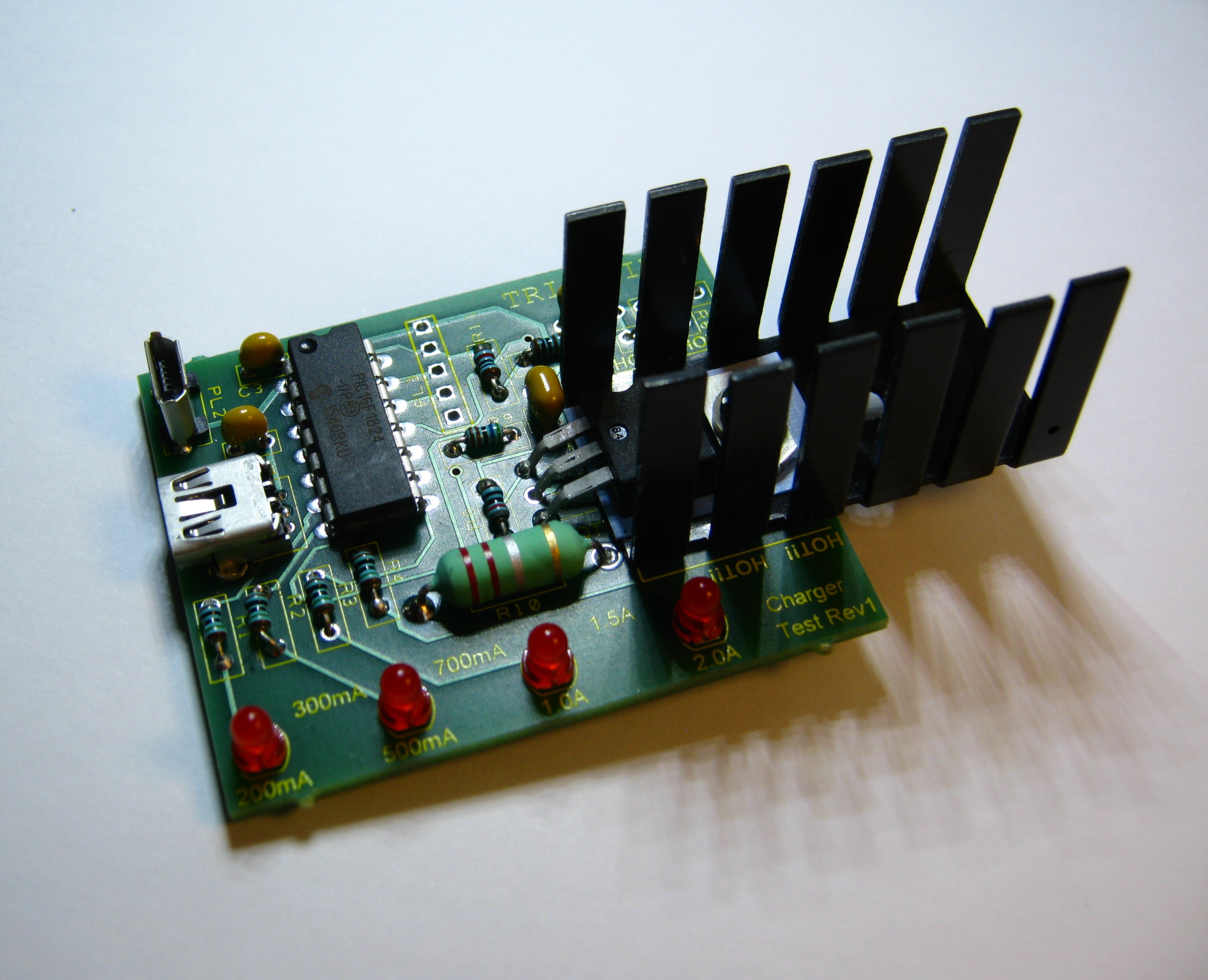 Note, I was measuring the voltage at the USB plug using one I’d chopped open. {META2}

With the charger voltage above 4.75V, the tablet charges at 1.5A. Drop the voltage to 4.5V and the charging current falls below 1A and is dropping fast.

The power pins of micro USB connectors are claimed to be rated at 1.8A. This seems to be a bit optimistic to me and anyway is pretty close to the edge when charging a tablet like mine.

While developing the USB Charger Test I discovered same charger often produced startlingly different results for the maximum current it could deliver. After much head scratching, I tracked this down to the USB cables I was using.

Seemingly the most important thing is to check, if you’re having charger problems, is that you are using really good quality USB cables. If the advert for a cable boasts about the quality of the copper they use it’s probably a good cable.

On the other hand, avoid cables where they are offering 5 cables for the price of one of these good ones. These are likely to be the high resistance ones described in the previous section.

Check your USB plugs and sockets. I threw away one charger that had an intermittent socket on it – even ‘A’ type USB connectors can be flaky.

Finally – for piece of mind – why not buy a Tripplikit USB Charger Tester to check all your your charging systems. This unit tests the charger performance where it matters – where you plug it into your device!